COVID-19 put a temporary halt on sports events. How will it change the way we experience them moving forward?

For those of us who are sports fans, the temporary halt of sporting events is excruciating. After several weeks of “stay at home” guidelines, we’ve already finished all the pending minor projects at home, binged watched the series we had on our watch lists but didn’t have time for before, can’t watch more news channels as the ONLY theme is Coronavirus, and we don’t have any live sports events to watch.

Many professional sports leagues are working on plans to start playing again this year. For example, the Spanish football (soccer as we know it in the US) league is considering games in May, NBA is reportedly opening facilities to start practicing, professional baseball in South Korea is planning to start the season in early May, Premier Football league is already planning to start with closed doors for fans, and MLB is considering several options including a “dome” type option in Arizona. However, it is unlikely that we, as fans, will be allowed to attend games at stadiums and sports arenas any time soon…that’s the “new normal.”

This unexpected reality since March is driving professional sports teams and leagues to explore ways to maintain their engaged fan base, and how they will engage audiences moving forward. I’m a die-hard baseball fan, grew up in Venezuela, playing baseball since I was a little kid in the streets of Maracaibo (my hometown), and nothing changes the experience as a fan than to be in the stadium during the game: Hearing fans cheering for their team, exploding loud after a home run, fans questioning the umpire’s calls on balls and strikes, the “bleacher managers” that know better than the team’s manager what should be done, which play to call or which player to use, the break to stretch your legs, walk around, grab a hot dog and a beer before you go back to your seat….but that will have to wait.

However, I see this challenging environment as an opportunity for sports teams and leagues to create and accelerate strategies on how they capture, maintain engagement, and grow their fan base. This goes way beyond the 25,000 fans that would attend a live game, as some have been doing with success like DAZN and other organizations mentioned in the global consumer spend in sports apps in 2019.

A recent survey conducted by iSportconnect entitled Sports Industry Bullish on Possible Long-Term Negative Impact Of COVID-19 reveals that 53% of people surveyed say that the current crisis is creating an opportunity to create new and innovative revenue streams.

Let’s look at some recent examples:

Professional sports are at an inception point that has been accelerated by this global COVID-19 crisis: How to capture and maintain engagement with a broader fan base and monetize that relationship. While in the short term they may allow free access to their subscription services, subscriptions/memberships will become mainstream on how we as fans experience sports:

We all hope that we can return to attending live sports events soon, but the reality is that for professional sports to grow and keep their fans/members engage, they will need to continue to enhance their subscription offerings, partnering to enhance the fan experience, and retain their fan and subscription base. We at Vindicia, part of Amdocs Media, focus on helping subscription businesses (e.g., publishers, sports franchises and leagues, digital consumer service providers, video and entertainment OTTs, etc.) to manage their subscriptions, grow their subscriber base, and help retain subscribers. You can learn more about it with our white paper How to accelerate growth off the field through digital subscription success and how we help our customers monetize their sports subscriptions.

And let’s hope for a fast return of the sports we love! 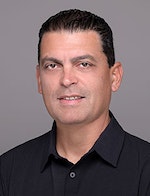 Jesus Luzardo is Vice President, Global Head of Sales & Partnerships at Vindicia. As an international technology industry veteran, Jesus brings over 30 years of experience in commercial, marketing, strategy, operations and technology roles. Prior to Vindicia, Jesus was Head of Marketing for Amdocs in the Caribbean and Latin America region, driving marketing to significantly expand Amdocs’ sales pipeline. Before Amdocs, he was Head of Sales for Utiba (acquired by Amdocs in 2014), focusing on mobile financial services. His experience includes two years as Head of Corporate/B2B and CCO at Cable & Wireless, and 15 years with Motorola. He lives by Vince Lombardi’s motto: “Perfection is not attainable, but if we chase perfection we can catch excellence.” Jesus holds an MBA from Universidad del Zulia (Venezuela), a B.S. in Electronic Engineering from Universidad Rafael Urdaneta (Venezuela), and Advanced Management certifications from Kellogg Institute of Management and IESE (Universidad de Navarra, Spain).

Which billing platform is right for B2C subscriptions?