2020. For the first time in modern history, concert halls, clubs, and pubs worldwide were shuttered, and live music was no more.

The impact was broad. Not just bands and artists suffered, but the entire associated industry. The whole “shebang” that surrounds live music events stopped in its tracks. Concert promoters, venues, sound, lighting, tickets, ushers – all this and more was put on hold indefinitely.

But guess what? The music industry boomed.

And the music played on

It just so happened that 2020 was the most profitable year of all time for the music industry.

According to the Recording Industry Association of America (RIAA), retail revenues in H1 2020 grew 5.6% compared to the previous year. The audio experience expanded significantly, just in a different sort of way.

With little opportunity for live appearances that are so important to artists’ income, VR/AR began to emerge as an alternative. This advanced technology blurs the music experience into something in between a video game, festival, and live concert, with artists and audiences all participating from their sofas at home. Recently, Apple launched its new Podcast Subscriptions service, connecting audiences with premier studios and other forms of audio entertainment.

Despite concert cancellations left, right and center, consumers are spending even more money on music, just in a different way.

In H1 2020, paid subscriptions to music streaming services continued to grow rapidly, up 14% to a value of $3.8 billion, or two-thirds of total revenue for the US music industry. Among all types of streaming services, Spotify now has the third largest number of subscribers (144m), after Amazon Prime (150m) and Netflix (203.7m). And not just the big guns. Niche music streaming services like TIDAL are also sweeping up new audiences who miss the experience of live music.

When concerts were not possible, audio subscription services were.

Going to a concert is an “event.” It starts with buying tickets and selecting seats. It requires dressing up, booking a babysitter, getting there, standing in line. It’s a unique, one-off experience that stands out on your calendar.

A music subscription, however, is the exact opposite. It is a lifestyle choice that comfortably blends into the daily routine, available whenever and wherever the mood strikes. A person needs nothing more than a mobile device and headphones to enjoy music, and they can listen while working, doing the dishes, driving, hiking, or relaxing in the bath.

Here’s another way to look at it: going to a concert is the equivalent of an exercise workout. It takes up a lot of energy and causes heavy breathing. A music subscription is easy. It flows, like the breathing you do all the time – simply there, part of everyday life, without needing to think about it too much.

Once, people had to go to a record store to buy the latest album. Today, new releases are automatically available via subscription, with no need to leave the house. Once, people would have the radio on for hours, hoping their favorite song would be played. Now they curate on-demand playlists or expand their playlists with personalized recommendations for artists and songs.

With subscriptions, consumers don’t need to think about payments, or remember to buy a particular song, or even sign into an account. Music streaming subscriptions allow them to make music a part of the rhythm of their daily routine, as easy to access as turning on the radio, but with incomparably better selections and experiences tailored just for them.

Live music is an essential part of the shared human experience and has been throughout history. Families, tribes, and communities have always come together around music. But when concerts were suddenly not an option, it’s only natural that people turned to music streaming more than ever before.

Subscriptions give people access to massive libraries of music in the palm of their hands. But they give more than just music. With intelligent content subscription management platform like Vindicia’s MarketONE, media companies can offer powerful, personalized, competitive and valuable consumer experiences 24/7.

Nothing can ever replace the energy and excitement of a live concert, but tech is definitely driving the wild growth of music streaming subscriptions. 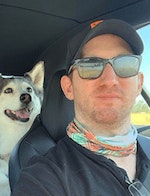 Roy is a seasoned business leader with over 15 years’ experience in management, technology, strategic planning, market analysis, operational execution, and financial modeling. As CEO, Roy leads the company’s global business, guiding key stakeholders across the company to develop innovative strategies and solutions that drive top-line revenue and profitability. Roy is a strong advocate for corporate social responsibility. As the sponsoring executive for Amdocs Pride North America, he champions the company’s philosophy of acceptance, diversity, and inclusion. Previously, Roy served in management and financial positions at Amdocs. He holds a bachelor’s degree in economics and business administration from the Hebrew University of Jerusalem.